In most respects this is a good report. Again, the two-month tally of jobs gained has a strong correspondence between the Household survey and the Establishment survey, which should raise confidence in the results.

The unemployment rate ticked up to 6.2%, but this was due to increased participation, with the number of persons coming back into the workforce higher by 141 thousand. So the Household survey shows 131,000 new jobs, but 197,000 more unemployed persons, with the not-in-labor force tally dropping by 119,000. This usually indicates a stronger labor environment.

Usually such a change is due to weak household finances, but I checked the geezer table (A-6) to be sure, and indeed it is not in the 65 and over crowd.So I think this is reflective mostly of tight household cash for a cohort of low-to-moderate income households.

The Establishment survey shows that the relative weakness in job gains this month compared to last month is in services. At 140K that is low, and lower than last July. It was widespread except for government, which has racked up increases in June and July. But I think this makes sense, given the strong services hiring in preceding months, and is not an indicator of problems. Goods-producing employment was reported as being very strong at 58K.

So I think the picture is pretty consistent. The question is whether US households can maintain final demand. Cooler summer weather in summer regions should be helping household finances, but of course it also raises concerns about what the winter will be like!

In most respects the current reports are coming in very consistently, with just two outliers. Chicago PMI showed a sudden drop in which I do not quite believe, and petroleum demand seems to be too low for the other reports. I can possibly argue the distillate figures as being attributable to lower utility demand and increased rail freight, which is exceedingly real. Yet the gas doesn't match the jobs either.

Rail has been, as always, extremely indicative of the movements in the overall economy this year, so I am watching rail for signs that would indicate the next slowdown. B2B credit has been showing increased signs of money shortages along with an increased rate of economic activity, so now it is just a question if we can consolidate our finances in time to ride through what looks likely to be another bad winter. July B2B looked better than June.

Small Business (NFIB) shows that there are real inflationary pressures in the economy, with hiring desired but apparently being unaffordable for too many small businesses. I am waiting for the next NFIB report to see what it all means - it is one of the large survey samples so it should tell the tale.. Prices for small businesses have risen sharply against flat plans, so the money crunch is real, and compensation costs are rising over planned. The June NFIB report and the June CMI agreed. Improvement in July CMI published yesterday may auger improvement in the July NFIB.

There's a Main Street crunch which means that costs that should be trending down over the next six months may not. Feed prices should be falling and therefore consumers should be getting assistance, but it looks like everyone is trying to make up lost ground.

So I am still at the 15%-20% chance of escaping recession next year, and biting my nails over the suspense! 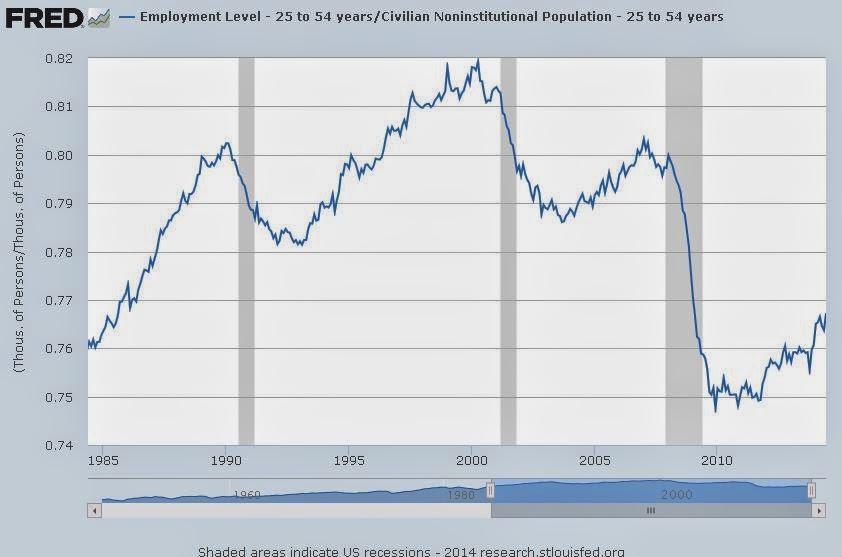 It is absolutely the case that persons may not be able to afford to work.