Why I Laugh When I Read Bloomberg

Or, for that matter, when I read the FOMC. 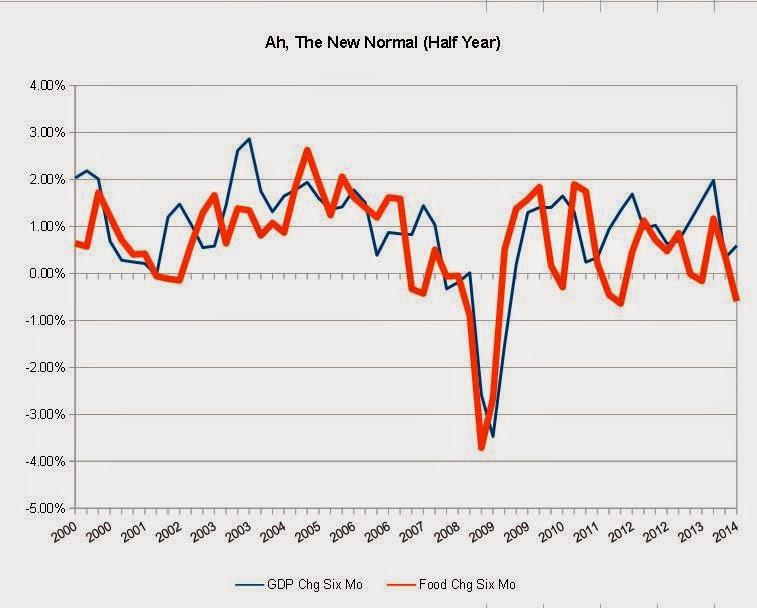 The above is the rolling six month change. Broad orange line is real spending on food at home. Generally, this is either in line with population increase or above. In times when it is above, the economy is doing well. We have had a problem since 2012, which is why the Fed is trying to shove the economic train down the tracks.

The correlation becomes clearer when you look at the rolling 12 month changes: 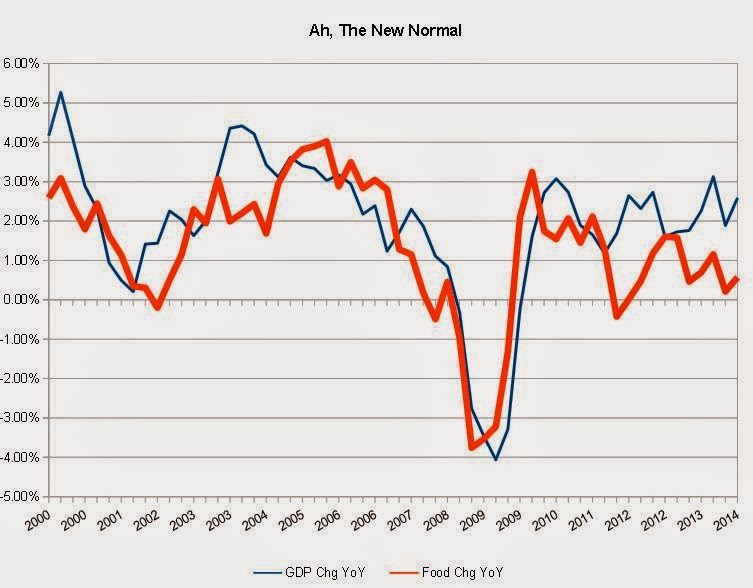 As you can see, a startling divergence between reported GDP and an increasingly hungry population has emerged. For more than a year, we have spent most of the time sticking below the recession-inducing level of shrinking food purchases per capita.

If you will go back to the first graph, you can see that in mid 2013 we were climbing out and then we took a hard fall the last two quarters.

This will either reverse or we will land in recession. It also has a hell of a lot to do with what happened in Ferguson this past summer.

I think the fall in energy prices plus lower utility spending this summer may have given us enough to stagger through the winter without falling out, but I await some more data. And if it is a very bad winter, it won't be enough. We are still on very thin ice.

Note that the policy of importing large numbers of immigrants in order to deflate wages when the population as a whole is getting hungrier is a recipe for placing ruling heads on pikes. Historically, this has always produced the same result.

I apologize for not blogging. I am extremely busy.